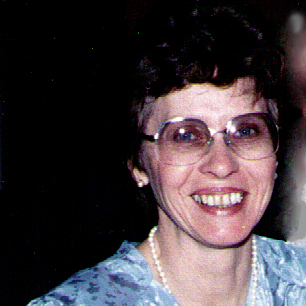 Eulogy To My Mother

Before global warming was invented, we used to have trash burning night. We would burn our trash in a 55-gallon drum in the back yard. In those days, the 60’s, our barrel was at the very back of the yard near a dead mulberry tree.

One summer night while we were burning, my mother was keeping an eye on the barrel. My dad and the three of us kids were shuttling trash from the garage to the back yard.  As I came out of the garage and rounded the corner I saw my mother with her back against the trunk of the tree surrounded by fire. She was yelling, get your father! Get your father!

My Dad grabbed his shovel out of the garage and sprinted to my mother, scooping her up and carrying her across the flames that were by then raging at up to an inch high. He then took his shovel and beat out the grass fire.

If you look back at that day you could conclude that my mother could lose her head in a crisis.

Years Later, When a cancer diagnosis came, she was faced with the disease that took her mother, brother and daughter. She kept going and she kept living.

She was explicit to us that her illness not be characterized as a ‘valiant Battle or courageous fight.’

It did not define her, it was something to be faced.

Our entire family can agree she faced it and was ‘tough’ in the very best sense of the word.

Mom lived in the same house her entire life. It was built by her grandfather, a family of French-Canadian immigrants who could only afford a team of horses for one-day.  They had sun-up to sun-down to dig their cellar hole. The rest of the cellar was dug by hand. She would talk about the history of the house which was inseparable from the history of the family.

Mom was the youngest with a brother, Reginald and sister Muriel. they were a pretty tight group. Reggie was the family comic and Muriel was like a second mother to me and my sisters.

When Mom was dating dad, my grandfather would come out and wind the clock. it was the signal for him to hit the bricks, Nothing subtle there, it was a story she liked to tell. We still have the clock.

It was in this house where she would raise me and my sisters, Suzanne and Angela. The three of us put her through her paces. We knew we were in trouble when her jaw would jut out.  The ‘jutting jaw’ was the signal that you were in deep and there was no getting out.  It was ‘zip your lip’ and face the consequences. Often that meant me and/or my sisters kneeling in every conceivable corner in the kitchen. I hated that.

In addition to being a wife and mother, she was also a telephone operator, a sales clerk at Grants Department store, and a school bus driver. She worked at an insurance agency and at Palmer Paving.

When my Aunt Muriel got a job as a school bus driver, my mother thought it was pretty funny that ‘Auntie M’ was driving a big bus. A year or two later she decided she would do the same. At about 14-years-old I quized her on the bus driving laws in the Registry Handbook as she studied for her license.  One of the questions was, What does a flashing green light mean? The answer is, light subject to change without notice. That question appeared on my drivers permit test and I was sure I at least got that one right!

My mother drove for Pathfinder High School, one day she found a ‘joint’ or should I say a ‘marijuana cigarette’ on the floor in the back of her bus. She wanted to know what pot smelled like, so she took the joint home.  She pulled all the shades in the house. Held the joint over the sink, struck a match, touched it to the tip of the ‘cigarette’ and immediately doused it under the faucet.  Luckily, Law enforcement did not immediately burst through the windows and cart us off to jail.

When I wandered off the ‘propriety range’, there were consequences. In first grade I punched a classmate in the nose. His parents were major contributors to the Saint Anne’s church and school.  I remember being made to feel like Pontius Pilate as I sat in the mother superior’s office while the nuns detailed my sins to my mother so they could be dealt with appropriately, …I was.

When my sister Suzanne and I decided to take over a Sunday Paper route with 100 customers. Mom told us not to expect her to cart us around in bad weather. When a cold snap hit or the snow flew we would load up her Datsun and we would run to and from the car sliding papers inside the screen doors. We never asked for a ride, she was there to offer it. Sometimes after we were done she would take us downtown for glazed donuts.  Our first Christmas delivering papers Christmas tip filled the kitchen table with bills and change. I will always remember how our surprise and excitement was reflected in her face.

My mother’s main job was taking care of Eugene, Big U as my sister Angela named our father.

My mother loves my father and he loves her. They met in high school and were together ever since. Raising their kids and serving as a great example of what a marriage should be.

When the going got rough my Dad was there for my mother. My wife, Ann, said to me not long ago, ‘Your Dad has done more for your mom than most people.’ And he has.

When I was a kid, My dad would frequently get called in to work to fix broken machinery. I remember the night He was called in, went to work, came home and went back to bed, The phone rang again, he went back in. He came home and was in bed when the phone rang a third time. My mother told him not to go saying he needed sleep. He went anyway.

Most days dad would get home from work at three, we would have supper at 4:30. He would tell mom about his day at Diamond-National. We would hear about guys named Slozek, Dimaio and V.O. She would serve her ‘Fall Apart Meatloaf’ and ‘Date Squares for dessert’.  After years of listening to my father’s daily recap, she probably could have kept the plant running herself.

We hung around with Aunt Muriel and Uncle Francis and my cousins Kenneth and Catherine. We would swim at the pool in Palmer. A few times a summer we would drive down to Misquamicut Beach where I would get my mandatory sunburn and a vinegar bath from my mother when we got home.

As the years went by there were family vacations, graduations and marriages. My parents became empty nesters. There were cruises for the two of them to the Caribbean and Hawaii.

My mother took great joy in her grandchildren, Erica, Stephanie and Suzanne. She loved to have them sleep over. There is a great picture of the three of them sharing a bed when they were little.

She always wanted to know what was going on with them. The conversations changed as they grew. From asking if they wanted to go for ice cream to talking about school, dance class and boys, to engagements. She certainly did her share or recitals.

Few people know this, but there was another man in her life. You ladies may have your Brad Pitt or Channing Tatum.  Doris Louise Lynn had Rolly Jacobs. Rolly was the longtime sports anchor at Channel 22. Every once in awhile Mom would make comments on how cute Rolly was.  When she was working for McKelligot Insurance, Rolly, who by then had left TV, stopped in to promote his auto glass company. Guess who he ran into?

Mom was Ga-Ga! Pictures were taken of her and Rolly. Big D was in the Big Time!  All I can say is she had a look on her face. Dad took it all in stride.

Our lives are not about the big days or big events. Those are the ones where the pictures are taken and memories filed away for a future date.

When you look back at the life of your mother it is what is done on a daily basis that stands out.

The seemingly mundane things like making sure your child knows how to behave, does their homework and by extension showing them how to serve as a role model for their children are what counts.

You could talk to my mother because she listened.

As a wife, she was always in my father’s corner, always looking out for his best interest  and always loving him.

On Monday morning, When she went to the arms of her daughter, mother, father and brother she did so with the love of everyone around her.

When our turn comes, we will see her again and we will remind her of a job well done.