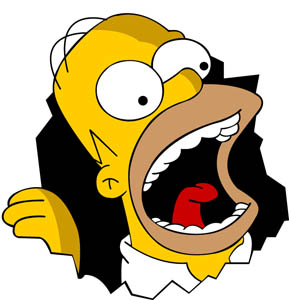 The Simpsons will get to an unheard 25 seasons on TV.  FOX has agreed to a new deal guaranteeing the show will hit the landmark.  The network gave the gre light to airing another two seasons of the show after the actors voicing the characters agreed to 45% pay cuts.  They had been making $8-million each a year.

Hard to believe it has been 23-years watching Homer choke the snot out of Bart.  It will be harder to believe if season 25 is the show’s last. Doh!

Interested in business leadership and execution. I am a former radio talk host, news bureau chief and air personality who continues to follow the media and the world issues in general. Whatever grabs my attention I will be blogging about it. View more posts